How to Scrape in a Smart Way without Getting Blocked

Every time you scrape data, you have one deeper fear of getting blocked!

Is this fear legitimate?

Most websites are out there to serve human visitors and don’t like somebody scraping their site. Many of them block the web crawlers and scrapers because they affect the performance of the site. Not each one will have anti-scraping mechanism in place but as it affects the user experience, they won’t entertain web scraping. Moreover, they don’t have to believe in open data policy which is another reason why they block the web scrapers and crawlers.

That’s why you keep wondering all the time how to extract data without getting blocked.

So you keep working on the puzzle: what’s the best way to scrape the data without getting blocked?

When you try the search engines, there are many things that come up and there are no straightforward and ready answers.

Here’re the key criteria to keep in mind while scraping so that you don’t get blocked:

So if your objective is to continue to scrape the data you want and not get blocked, steer clear of the warning signs mentioned throughout the article. Stick to the basic good behavior that sites can tolerate and you will survive longer in the web scraping world than you might think without getting blocked! 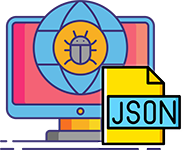